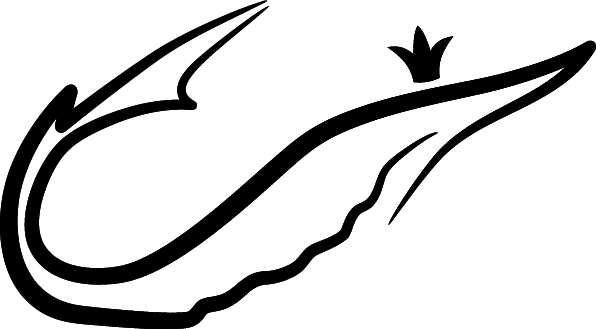 “
Thank you for your interest in my set of authors. I suggest trying or discovering from the new side the best Russian delicacies, from caviar to elm. Unusual techniques for traditional Russian cuisine were used in the set to demonstrate the most fully rich taste of the best products of our country. The Japanese cuisine, their products, techniques and the approach to gastronomy as a whole inspired me to create many dishes.
— Anton Kovalkov, Chef of Beluga Restaurant
At the Beluga restaurant, chef Anton Kovalkov launches the Cyrilitsa tasting set: unique Russian delicacies are presented in ultra-precise optics of modern haute cuisine.
Russia is a unique country located immediately in two parts of the world and combining, it would seem, incompatible. Cyrillic is not only the Russian alphabet, but also a writing system that unites the largest civilizations of Eurasian space for many centuries. Set "Cyrillic" represents the multi-character nature of the country through the prism of gastronomy. Anton Kovalkov uses both traditionally Russian and relatively recently appeared on the Russian gastronomic market products: buckwheat, potatoes, miso, katsobus, walnuts, and Jerusalem artichoke. In order to demonstrate the richness of the taste of the best products of the country to the fullest extent possible, Anton uses both traditional Russian techniques and unusual technologies for our gastronomy.

Many dishes use Japanese cuisine, which is considered the best in the world precisely in how to preserve and enhance the tastes of ideal products. In addition, a significant part of Russian seafood comes from the Far East, so it is logical that the techniques of the people who catch scallops and crabs in the same seas are also used for their preparation. This approach is noticeable, for example, in the combination of persimmons and sea urchins - thoughtful color combinations and delicate work with marine tastes are very important for Japanese chefs: the two products successfully combine aesthetically, while persimmon unexpectedly effectively emphasizes the fresh iodine taste of sea urchins. Dried tuna chips are added to the dish with baked potatoes and smoked fish.

The flagship product for Beluga in the set is presented in several courses, but each time in a different way. "Oreo" made of paused caviar is a witty replica of the chef in the play, which is now being played by the best chefs in the world: "We will raise popular mass sweets to haute cuisine". Satsivi with black caviar, supplemented with blackcurrant leaves, has a very recognizable taste, but is perceived in a new way in the author's arrangement. Caviar is combined with Jerusalem artichoke as well as with its "big brother" potatoes. A steamed souffle made of igigi with white caviar and lemon jam is based on the most delicate Japanese steam omelette chavanmushi: albino caviar, the rarest, very expensive and phenomenal in its subtlety and complexity of taste, requires a very careful attitude.

The set finishes with a few very Russian tastes and dishes that show that a talented contemporary chef can "seamlessly" combine the national tradition with the influences of other cuisines. "Mushroom pancake" is served with saturated mushroom broth sauce, Anton cooks borscht with dashi and beef wagyu, buckwheat with beef in a ceramic roasting pan is complemented with "wagy" lard. Teriberka soup is almost a reference fish soup of the best Russian restaurants of the beginning of the XX century, only with the addition of crabs, which 100 years ago were not popular just because of difficulties in transportation.

Assorted desserts in Beluga are called not "pit wagons", but "mini-sweets". They are preceded by light cornel sorbet and "Borodino bread" - an elegant sweet dish resembling the most popular type of rye bread. And at the end of the set, the childhood tastes of gingerbread, nut cake and condensed milk tubes, combined with a view of Red Square, become a vivid final chord in the delicate and thorough work with what has long been dear to everyone in Russia.

The set offers a choice of three types of alcoholic accompaniment: wine, champagne and vodka. Wine accompaniment consists of European and Russian wines that are best suited to dishes. The first "sparkling paring" in Moscow was made possible thanks to the stunningly extensive collection of champagne and sparkling wines on the Beluga card and reflects one of today's trends: champagne is no longer just an aperitif, but becomes the main accompaniment wine.

Vodka is a multi-faceted product; the set includes not only different types of vodka with different tastes, but also drinks close to vodka such as half a gourmet, refined moonshine and vodka tinctures. As you know, in the 19th century, "vodka" was called aromatic strong grain alcohol, often made in distilled cubes (like whiskey). Russian cuisine knows dozens of tinctures that are suitable for any kind of dishes, and you can try some of them in Beluga.

Navigation
Main
About restaurant
Chef
Menu
News
Contacts
Made on